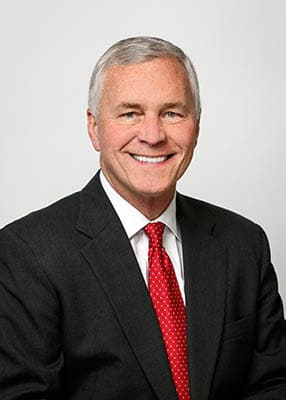 The Curran Family Foundation, Founder and Chairman of the Board
The Triangle Aquatic Center, Founder and President
Cary Academy, Treasurer and Chair of the Finance Committee

Michael G. Curran was born in Portland, Maine in 1957 and grew up in southern New Hampshire. Michael graduated from Spaulding High School in Rochester, NH in 1975 and earned a Bachelor of Science (B.S.) and Master’s degree in education (M.Ed.) from the University of New Hampshire in 1979, 1980 respectively.

After graduate school, Michael moved to Greensboro, NC to continue graduate studies in education and work at the University of North Carolina at Greensboro. During his three-year tenure at UNC-G, Michael was the Varsity Men’s and Women’s swim coach, the Director of the intramural sports program and a Resident Director of several dormitories.

In 1983, Michael left education to pursue a career in the financial services industry. In 1987, Michael moved his family to the Triangle to manage an office of the Principal Financial Group. Michael has always valued education, so he completed a second Master’s degree in Financial Services (M.S.F.S.) and several professional designations including a CFP (Certified Financial Planner), CLU (Chartered Life Underwriter and ChFC (Chartered Financial Consultant).

In 1992, Michael founded the firm Executive Benefit Services (“EBS”), a financial services firm exclusively focused on the design, implementation, financing and administration of nonqualified deferred compensation plans. EBS quickly became a national leader in nonqualified plans and in 2001, Michael sold EBS to the Principal Financial Group, a Fortune 500 financial services company. Michael remained on as CEO until January of 2005 when he decided to take a sabbatical from business to pursue the mission of the Curran Family Foundation.

Over the next five years, Michael dedicated himself full-time to the mission of the Curran Family Foundation and led the construction of the Triangle Aquatic Center (“TAC”), a 82,000-sf nonprofit public aquatic facility in his home town of Cary, NC. After TAC opened to the community, Michael joined CAPTRUST Financial Advisors in 2009 to build out a new nonqualified executive benefits division. With the successful buildout of the nonqualified division completed, Michael joined Swimmingly, LLC in 2013 as President and Co-Managing Partner with Managing Partner and Olympic Gold Medalist Charlie Houchin. Swimminglyis the developer of the #1 APP using mobile devices to run summer swim meets in less time, with fewer volunteers and with much less paper complexity.